You don't have any saved vehicles!

Look for this link on your favorites:

Once you've saved some vehicles, you can view them here at any time.

The Mazda line-up has received an unprecedented vote of confidence 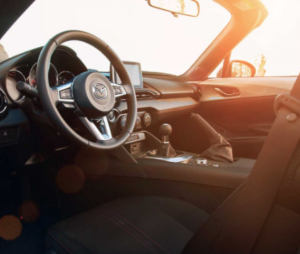 From the prominent Quebec-based automobile publication The Car Guide (Le Guide de l’Auto). Both Best New Car of the Year and Best New SUV of the Year were awarded to Mazda vehicles—the first time ever that a single manufacturer has taken home these two awards given by The Car Guide in their annual Best Buys.

The award for Best New Car was given to the bestselling roadster of all time, the all-new 2016 Mazda MX-5, while the title of Best New SUV went to the 2016 Mazda CX-3, Mazda’s new compact crossover. Both vehicles also received Best Buy awards for their respective segments, which are Convertibles and Roadsters under $50,000, and Sub-compact SUVs.

The Car Guide followed up with a total of three more Best Buy segment wins, which include Compact Cars for the Mazda3, Mid-size Sedans for the Mazda6, and Compact SUVs under $40,000 for the CX-5. This impressive total of seven awards is the most recognition Mazda has ever received from The Car Guide’s annual Best Buy awards.